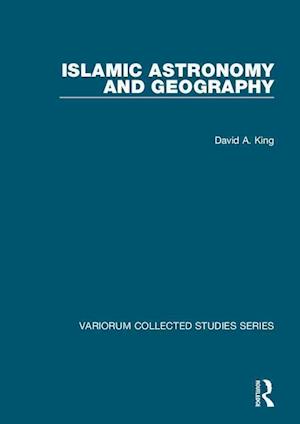 This volume of 12 studies, mainly published during the past 15 years, begins with an overview of the Islamic astronomy covering not only sophisticated mathematical astronomy and instrumentation but also simple folk astronomy, and the ways in which astronomy was used in the service of religion. It continues with discussions of the importance of Islamic instruments and scientific manuscript illustrations. Three studies deal with the regional schools that developed in Islamic astronomy, in this case, Egypt and the Maghrib. Another focuses on a curious astrological table for calculating the length of life of any individual. The notion of the world centred on the sacred Kaaba in Mecca inspired both astronomers and proponents of folk astronomy to propose methods for finding the qibla, or sacred direction towards the Kaaba; their activities are surveyed here. The interaction between the mathematical and folk traditions in astronomy is then illustrated by an 11th-century text on the qibla in Transoxania. The last three studies deal with an account of the geodetic measurements sponsored by the Caliph al-Ma'mA"n in the 9th century; a world-map in the tradition of the 11th-century polymath al-BA (R)rA"nA (R), alas corrupted by careless copying; and a table of geographical coordinates from 15th-century Egypt.

Forfattere
Bibliotekernes beskrivelse Offers an overview of the Islamic astronomy and covers sophisticated mathematical astronomy and instrumentation, also simple folk astronomy, and the ways in which astronomy was used in the service of religion. This title deals with discussions of the importance of Islamic instruments and scientific manuscript illustrations.