Islam, Ethnicity, and Conflict in Ethiopia 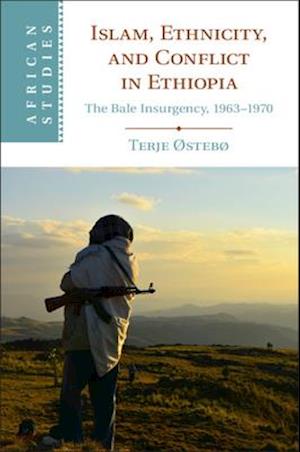 Focusing on the role of religion and ethnicity in times of conflict, Terje Ostebo investigates the Muslim-dominated insurgency against the Ethiopian state in the 1960s, shedding new light on this understudied case in order to contribute to a deeper understanding of religion, inter-religious relations, ethnicity, and ethno-nationalism in the Horn of Africa. Islam, Ethnicity and Conflict in Ethiopia develops new theoretical perspectives on the interrelations between ethnic and religious identities, considering ethnic and religious groups as mutually exclusive categories by applying the term peoplehood as an analytical tool, one that allows for more flexible perspectives. Exploring the interplay of imagination and lived, affective reality, and inspired by the 'materiality turn' in cultural- and religious studies, Ostebo argues for an integrated approach which recognizes and explores embodiment and emplacement as intrinsic to formations of ethnic and religious identities.