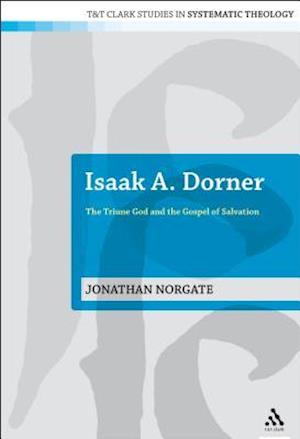 Norgate assesses the way in which the Christian doctrine of the Trinity is the foundation for all other Christian doctrines, especially the Christian understanding of salvation. He investigates in detail the approach of the German Lutheran theologian, Isaac A. Dorner (1809-1884) to this question. Analysis of his arguments concerning the priority of the doctrine of God for Christian belief and dogmatics is given. It examines the form of his doctrine of God's triunity, and gives an extensive study of how Dorner's particular account of God's triune identity informs the Christian conception of God's relation to the world, first, as Creator and, second, as Saviour. In this process, it seeks to refocus attention on Dorner as a major figure in the development of modern theology. The relationship between Dorner's doctrines of the triune God and salvation is assesed. Dorner's positive reconstruction of the Christian idea of God as Trinity provides helpful resources in delineating a non-competitive account of God's relation to the world. This means that God is not confused with nor distant from the world.The eternal vitality of God's immanent personality is the basis of His vital economic activity, which culminates in the incarnation of the Son. We follow the main tributories of Dorner's arguments in System of Christian Faith, beginning with an analysis of his doctrine of God, via his development of the doctrines of creation, humanity, and the incarnation of the God-man. An assessment is given of those doctrines which pertain to the way in which God brings salvation through Jesus Christ: sin, Jesus, and atonement. Norgate concludes by comparing Dorner's achievements with those found in more recent theologies of atonement.