Isaac McCoy and the American Indians 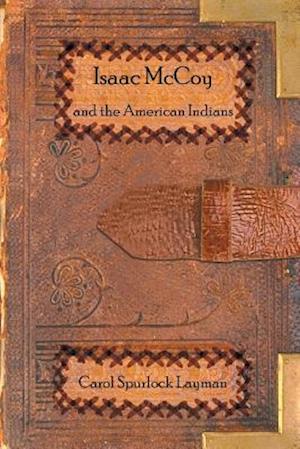 Isaac McCoy (1784-1846), the man who lived this book, was a missionary to the American Indians, but his three-decade struggle against countless obstacles to help keep the Indians alive left him little time for teaching religion.

The establishment of an Indian territory, which would become one of the United States, became his obsession. This Indian state was to be governed by Indians, as they were called in his time, and be represented in Washington by Indians. Thus, the few publications mentioning Isaac McCoy today often refer to him as "the father of Indian Territory."

Had he not been a missionary, he wouldn’t have witnessed firsthand all the events he recorded. Native Americans maintained no written history, and few, if any, literate white men lived among them as long as he. Isaac McCoy’s contributions to posterity are priceless. Through him the reader learns about a time in American history, as well as eastern Indian tribes, that have been neglected in literature.

Carol Layman discovered McCoy in 1971. She spent the subsequent thirty years "exhuming" him in her unwavering desire to find out "what really happened between missionaries and the American Indians." The result is this sweeping narrative in which she allows Isaac McCoy himself to lead the reader through his adventures. Every person named in the epic cast actually lived and is described as accurately as available resources allow. The back matter includes an index of people and places and a glossary.