Is There a God? 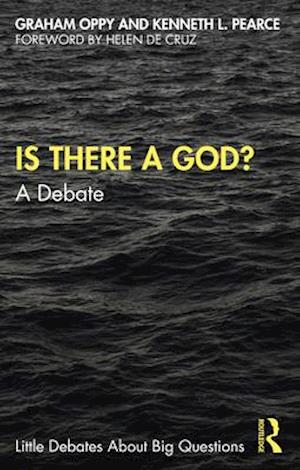 Bertrand Russell famously quipped that he didn't believe in God for the same reason that he didn't believe in a teapot in orbit between the earth and Mars: it is a bizarre assertion for which no evidence can be provided. Is belief in God really like belief in Russell's teapot? Kenneth L. Pearce argues that God is no teapot. God is a real answer to the deepest question of all: why is there something rather than nothing? Graham Oppy argues that we should believe that there are none but natural causal entities with none but natural causal properties-and hence should believe that there are no gods. Beginning from this basic disagreement, the authors proceed to discuss and debate a wide range of philosophical questions, including questions about explanation, necessity, rationality, religious experience, mathematical objects, the foundations of ethics, and the methodology of philosophy. Each author first presents his own side, and then they interact through two rounds of objections and replies. Pedagogical features include standard form arguments, section summaries, bolded key terms and principles, a glossary, and annotated reading lists. In the volume foreword, Helen De Cruz calls the debate "both edifying and a joy," and sums up what's at stake: "Here you have two carefully formulated positive proposals for worldviews that explain all that is: classical theism, or naturalistic atheism. You can follow along with the authors and deliberate: which one do you find more plausible?"Though written with beginning students in mind, this debate will be of interest to philosophers at all levels and to anyone who values careful, rational thought about the nature of reality and our place in it.