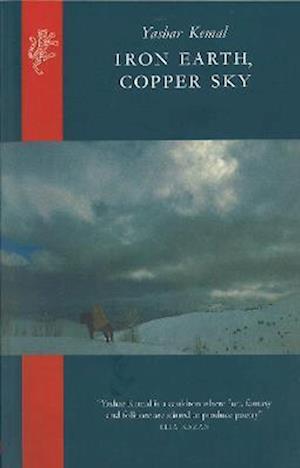 The second volume in the acclaimed The Wind from the Plain trilogy Turkey's greatest novelist, Yashar Kemal was an unsurpassed storyteller who brought to life a world of staggering violence and hallucinatory beauty. Kemal's books delve deeply into the entrenched social and historical conflicts that scar the Middle East. The Wind from the Plains trilogy is widely seen as his masterpiece, alongside the legendary Memed My Hawk.After a particularly bad season, a group of poor cotton-pickers are unable to pay their creditor, shopkeeper Adil Effendi. Overwhelmed with shame and guilt, they wait in terror for Adil to come and demand retribution. But when he inexplicably fails to appear, Adil begins to represent an irrational and tyrannical force, growing in their minds until they become sick with apprehension and obsessed with the terrible disaster that is sure to come upon them.In their despair they turn to Tashbash, a brave, decent and loyal man, investing him with virtue, grace and miraculous power. But the cotton-pickers have no idea of the effect of their idolatry on Tashbash, with his innocent doubts and mental torment, until his fate finally befalls him and the novel draws to its apposite close. Written with deep compassion and lyrical beauty, this is a novel alive with the acute observation of human nature.