Iron Age Hillfort Defences and the Tactics of Sling Warfare 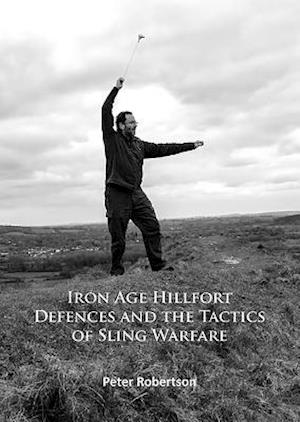 Was the purpose of an Iron Age hillfort to defend people and resources or was it there to show the power of the community and its leaders? Was the Middle Iron Age trend to large complex 'defences' a response to developing tactics of assault or did the huge amounts of construction work serve the purpose of building community identity through shared labour? The name 'hillfort' implies a defensive purpose, but in recent decades alternative interpretations have gained favour, based on analyses suggesting that hillforts are poorly suited to military purposes and on views of Iron Age society that emphasise the importance of boundaries, symbolic display and communitybuilding. Excavations of hillfort interiors reveal they were sites for many activities; large caches of stones suggest that sling warfare was one. This book reports an investigation of these issues. Sling accuracy at a hillfort was measured for the first time, in a controlled experiment comparing attack and defence across single and developed ramparts. Tactical scenarios modelled from the results showed that hillfort development gave defenders increased advantage. These results support defence as the explanation for the features of the enclosing works of hillforts. Full details of the method and analyses are included.

Forfattere
Bibliotekernes beskrivelse Sling accuracy at a hillfort is measured here for the first time, in a controlled experiment comparing attack and defence across single and developed ramparts. Illustrated throughout in black & white