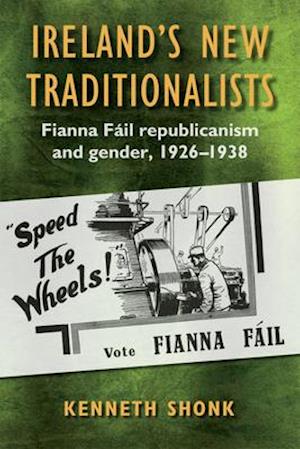 The creation of Fianna Fail in 1926 marked a new era in Irish politics wherein an evolved version of Irish republicanism, suited to operate in the Irish Free State, entered the political arena. Fianna Fail was indeed a political organisation, but it was also a nationalist project, intent on creating a wide-reaching electorate and shaping Ireland's political discourse. De Valera's party defied the moribund direction of Irish republicanism, reversing the trend to the extent that the movement ultimately triumphed with the passage of the 1937 Bunreacht na hEireann (Constitution of Ireland) and the Eire Confirmation Bill of 1938. Ireland's New Traditionalists situates Fianna Fail's nationalist republican project within a broader European context by analysing the republican aesthetic through the lens of gender theory as well as situating Ireland within the context of interwar Europe. This analytical approach reveals that Fianna Fail--the party that 'made' the modern Irish Republic--spent a great deal of time and energy in building a national discourse rooted in a male/female binary that served to 'correct' short term crises and long-term traumas by fabricating versions of an idealised Irish Feminine and Masculine that served to embody the party's vision of a traditionalist, yet modern Ireland.