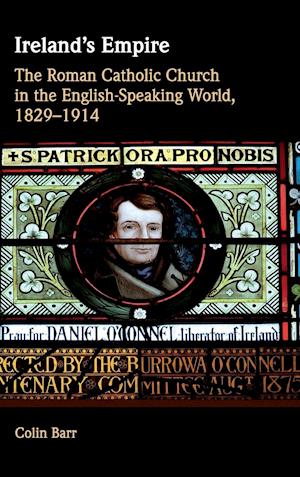 How did the Irish stay Irish? Why are Irish and Catholic still so often synonymous in the English-speaking world? Ireland's Empire is the first book to examine the complex relationship between Irish migrants and Roman Catholicism in the nineteenth century on a truly global basis. Drawing on more than 100 archives on five continents, Colin Barr traces the spread of Irish Roman Catholicism across the English-speaking world and explains how the Catholic Church became the vehicle for Irish diasporic identity in the United States, Australia, Canada, South Africa, New Zealand, Newfoundland, and India between 1829 and 1914. The world these Irish Catholic bishops, priests, nuns, and laity created endured long into the twentieth century, and its legacy is still present today.

Forfattere
Bibliotekernes beskrivelse Ireland's Empire examines the complex relationship between Roman Catholicism and the global Irish diaspora in the nineteenth century. Tracing the spread of Irish Roman Catholicism across the English-speaking world and drawing on more than 100 archives on five continents, this is the first truly global history of this phenomenon.