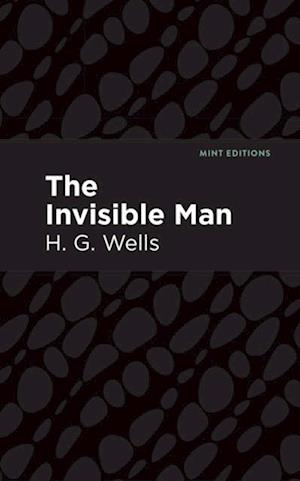 A scientist whose experiments have rendered him invisible veers into madness when he cannot change back in this thrilling and influential cornerstone of science fiction.A mysterious visitor to an inn, bundled up from head to toe and with his face covered in bandages, draws the attention and gossip of locals, but their wildest speculations come nowhere near the bizarre truth. This is the rogue scientist Griffin, who has made himself invisible and will shortly learn he can't return to normal. Brilliant, unhinged and full of undirected rage at his fate, what outrageous crimes might an invisible man commit? The Invisible Man first appeared in 1897 and has resonated in pop culture ever since, with its title character portrayed as both hero and villain in film, television and graphic novels. The author's most celebrated contributions to the fledgling literature of science fiction, The Time Machine, The Island of Dr. Moreau, The Invisible Man and The War of the Worlds, appeared over the course of less than five years and mark an extraordinary outpouring of the imagination.With an eye-catching new cover, and professionally typeset manuscript, this edition of The Invisible Man is both modern and readable.