- The anatomy of a stock market winner 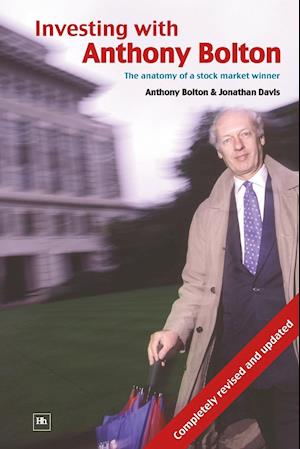 Who is the most successful investment manager in Britain? Arguments could rage forever, but no professional would dispute that Anthony Bolton of Fidelity is among the very best. GBP1,000 invested in his Special Situations fund at its launch in 1979 was worth more than GBP125,000 twenty seven years later. No other mainstream UK fund manager has put together such a consistently impressive performance over such a long period. The 125-fold increase represents an average compound growth rate of more than 20 per cent per annum, or 7 per cent per annum greater than the FTSE All-Share Index over the same period. This track record of sustained outperformance stands comparison with that of the greatest American investment superstars such as Warren Buffett and Peter Lynch. For many years, until the fund was voluntarily split in 2006, Fidelity Special Situations was easily the largest and most popular fund in the UK. What are the secrets of Anthony Bolton's success? This important book, now fully revised and updated, takes an in-depth look at the way that Bolton goes about his business and analyses in detail the fund's outstanding performance.Anthony Bolton gives his own personal account of the history of the fund, explains why he believes his contrarian stockpicking methods have worked so well for so long and summarises the lessons he has learnt from his long and successful career.This book is required reading for anyone with a personal or professional interest in investment. It is a fully revised and updated second edition with 25 pages of new material and graphics. It is the only full-length book to analyse in detail the strategies and techniques used by the UK's number one professional investor. It offers detailed analysis of the performance of his funds and the lessons that investors can draw from its exceptional track record. It is written jointly by Anthony Bolton and one of the UK's best known financial authors, a leading authority on the fund management business.

Forfattere
Bibliotekernes beskrivelse Who is the most successful investment manager in Britain? Arguments could rage forever, but no professional would dispute that Anthony Bolton of Fidelity is among the very best. What are the secrets of Bolton's success? This book takes an in-depth look at the way that Bolton goes about his business and analyses the fund's outstanding performance. illustrations (black and white)