Invalidism and Identity in Nineteenth-Century Britain 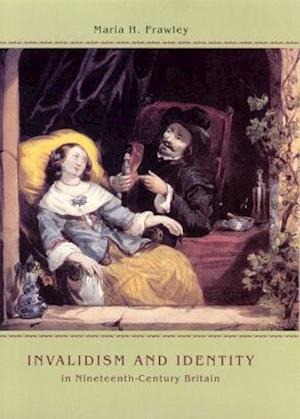 Nineteenth-century Britain did not invent chronic illness, but its social climate allowed hundreds of men and women, from intellectuals to factory workers, to assume the identity of invalids. Whether they suffered from a temporary condition or an incurable one, many wrote about their experiences, leaving behind an astonishingly rich and varied record of disability in Victorian Britain. Using an array of primary sources, Maria Frawley here constructs a cultural history of the powerful force of invalidism. She describes the ways that evangelicalism, industrialization, and changing patterns of doctor/patient relationships converged to allow a culture of invalidism to prosper and explores what it meant for one to be designated - or to deem oneself - an invalid. Highlighting how different types of invalids developed distinct rhetorical strategies, her absorbing account reveals that, contrary to popular belief, many of the period's most prominent and prolific invalids were men, while many women found in invalidism an unexpected opportunity for authority.In uncovering the wide range of cultural and social responses to notions of incapacity, Frawley sheds light on our own historical moment, fraught with equally complicated attitudes toward mental and physical disorders.

Forfattere
Bibliotekernes beskrivelse Using an array of primary sources, Maria Frawley constructs a cultural history of the powerful force of invalidism in Victorian Britain. She explores the cultural contexts of this phenomenon, showing how it could be used to advantage and dispelling the myth that it was primarily a female condition. illustrations, bibliographical references , index