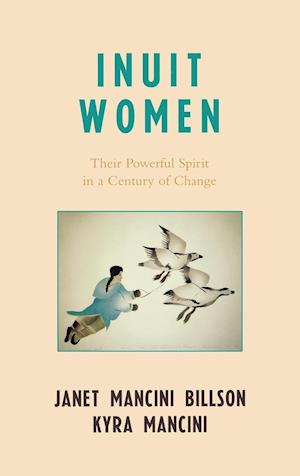 Inuit Women is the definitive study of the Inuit during a time of rapid change. Based on fourteen years of research and fieldwork, this analysis focuses on the challenges facing Inuit women as they enter the twenty-first century. Written shortly after the creation of Nunavut, a new province carved out of traditional Inuit homelands in the Canadian North, this compelling book combines conclusions drawn from the authors' ethnographic research with the stories of Inuit women and men, told in their own words.In addition to their presentation of the personal portraits and voices of many Inuit respondents, Janet Mancini Billson and Kyra Mancini explore global issues: the impact of rapid social change and Canadian resettlement policy on Inuit culture; women's roles in society; and gender relations in Baffin Island, in the Eastern Arctic. They also include an extensive section on how the newly created territory of Nunavut is impacting the lives of Inuit women and their families. Working from a research approach grounded in feminist theory, the authors involve their Inuit interviewees as full participants in the process. This book stands alone in its attention to Inuit women's issues and lives and should be read by everyone interested in gender relations, development, modernization, globalization, and Inuit culture.