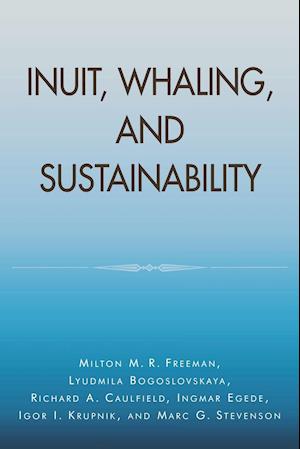 Whales inspire great fascination in the public culture of industrialized nations. Images of majestic and mysterious creatures of the sea, hunted to or nearly to tragic extinction in a emblematic example of human excess, have fueled the economic and cultural power of this century's global movement to end whale hunting. However, this political movement, and the ecological research it initiated, has largely ignored the experience of Native circumpolar communities, whose vast knowledge of whales and whaling has evolved through centuries of integrated cultural and economic practices rooted in the ethics of subsistence consumption and sustainability. Today, the Inuit find themselves struggling with international management regimes which, while they have been successful in curbing the destruction of large-scale, commercial whaling enterprises, have imposed policies that are insensitive to the needs and traditions of Native subsistence hunters. Inuit, Whaling, and Sustainability is based on extensive ethnographic, ecological, and policy research sponsored by the Inuit Circumpolar Conference, and presents Inuit perspectives on the integral role whales play in cultural, economic, philosophical, and nutritional aspects of Inuit life. This book is also the first major publication to engage in policy analysis, and formulate modes of environmental research, grounded in Inuit voices and realities. Sponsored by the Inuit Circumpolar Conference