indgår i serie Synthesis Lectures on Computer Graphics And Animation 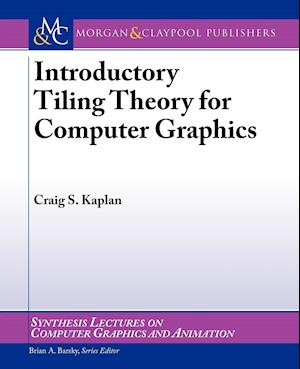 Tiling theory is an elegant branch of mathematics that has applications in several areas of computer science. The most immediate application area is graphics, where tiling theory has been used in the contexts of texture generation, sampling theory, remeshing, and of course the generation of decorative patterns. The combination of a solid theoretical base (complete with tantalizing open problems), practical algorithmic techniques, and exciting applications make tiling theory a worthwhile area of study for practitioners and students in computer science. This synthesis lecture introduces the mathematical and algorithmic foundations of tiling theory to a computer graphics audience. The goal is primarily to introduce concepts and terminology, clear up common misconceptions, and state and apply important results. The book also describes some of the algorithms and data structures that allow several aspects of tiling theory to be used in practice. Table of Contents: Introduction / Tiling Basics / Symmetry / Tilings by Polygons / Isohedral Tilings / Nonperiodic and Aperiodic Tilings / Survey