Introductory Sketch of the Bantu Languages 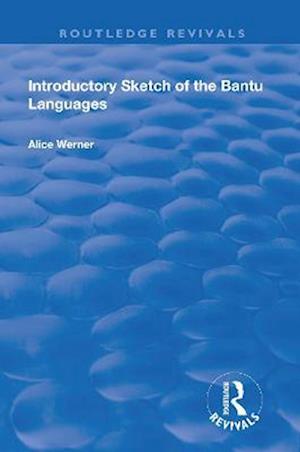 First published in 1919, this volume provides a detailed linguistic breakdown of the Bantu language family of Central and Southern Africa. Its author held in-situ expertise in Nanja, Swahili, Zulu, Giryama and Pokomo. A professor of Swahili and Bantu languages, she was the author of several books on Bantu languages and African peoples. The volume aims to depict the broad principles underlying the structure of the Bantu language family and attempts a classification of those languages. Contemporaneous with the colonization of Tanzania, many of the areas to which this volume was relevant were under British control at the time of publication.