Introductory Lectures On Knot Theory: Selected Lectures Presented At The Advanced School And Conference On Knot Theory And Its Applications To Physics And Biology

indgår i serie Knots and Everything 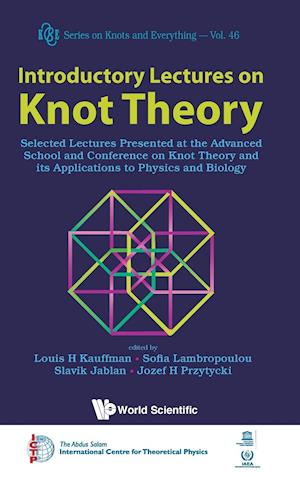 This volume consists primarily of survey papers that evolved from the lectures given in the school portion of the meeting and selected papers from the conference.Knot theory is a very special topological subject: the classification of embeddings of a circle or collection of circles into three-dimensional space. This is a classical topological problem and a special case of the general placement problem: Understanding the embeddings of a space X in another space Y. There have been exciting new developments in the area of knot theory and 3-manifold topology in the last 25 years. From the Jones, Homflypt and Kauffman polynomials, quantum invariants of 3-manifolds, through, Vassiliev invariants, topological quantum field theories, to relations with gauge theory type invariants in 4-dimensional topology.More recently, Khovanov introduced link homology as a generalization of the Jones polynomial to homology of chain complexes and Ozsvath and Szabo developed Heegaard-Floer homology, that lifts the Alexander polynomial. These two significantly different theories are closely related and the dependencies are the object of intensive study. These ideas mark the beginning of a new era in knot theory that includes relationships with four-dimensional problems and the creation of new forms of algebraic topology relevant to knot theory. The theory of skein modules is an older development also having its roots in Jones discovery. Another significant and related development is the theory of virtual knots originated independently by Kauffman and by Goussarov Polyak and Viro in the '90s. All these topics and their relationships are the subject of the survey papers in this book.It is a remarkable fact that knot theory, while very special in its problematic form, involves ideas and techniques that involve and inform much of mathematics and theoretical physics. The subject has significant applications and relations with biology, physics, combinatorics, algebra and the theory of computation. The summer school on which this book is based contained excellent lectures on the many aspects of applications of knot theory. This book gives an in-depth survey of the state of the art of present day knot theory and its applications.

Forfattere
Bibliotekernes beskrivelse Consists of survey papers that evolved from the lectures given in the school portion of the meeting and selected papers from the conference. This book contains lectures on the many aspects of applications of knot theory. It gives an in-depth survey of the advances of knot theory and its applications.