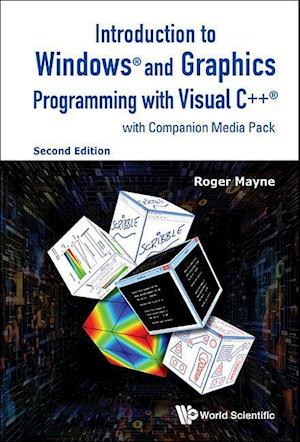 The Companion Media Pack is available in the .Introduction to Windows (R) and Graphics Programming with Visual C++ (R) (2nd Edition) provides an accessible approach to the study of Windows programming. It is intended to be an introduction to Visual C++ for technical people including practicing engineers, engineering students, and others interested in Windows programming and its convenient graphics capabilities. While the book is aimed at a technical audience, its mathematical content is modest and should be readable by most people with an interest in C++ programming. Readers are introduced to Windows programming in a natural way; making use of the object-oriented environment, the Microsoft Foundation Classes (MFC), and the document/view organization. Visual C++ is part of Microsoft's Visual Studio and provides full support of program development at all stages - from design to debugging.This second edition brings the original book up to date reflecting the evolution of Visual C++ and the Windows environment since the first edition. All example projects, figures and text in the book have been revised and coverage of touch screen developments has been added. Two new chapters on touch screen programming are based on programming strategies developed throughout the book. New examples demonstrate touch screen operations and consider programming for a tablet environment. More than seventy example projects are provided in the book's Companion Media Pack. The structure and coding for each example project are described thoroughly in a step-by-step fashion. Exercises at the end of each chapter provide opportunities to revisit and extend the tutorial examples. The media pack files include complete program code for all projects as well as files with classes and functions for handling geometric objects and graphs. The graphics examples require only standard Microsoft resources and may be easily adapted for a wide variety of application programs.The Companion Media Pack can be readily updated as Visual C++ continues to evolve. For example, the first update of the media pack was made after the release of a new version of Visual C++. It provides a full set of example projects developed with the new version as an addition to the book's original examples. Continuing updates of the media pack are planned as appropriate.