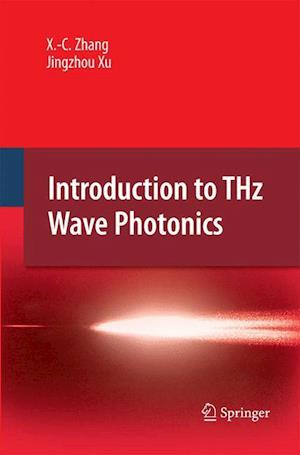 Terahertz (THz) radiation, which is electromagnetic radiation in a frequency int- val from 0.3 to 10 THz (1 mm-30 ?m wavelength), is the next frontier in science and technology. This band occupies a large portion of the electromagnetic sp- trum between the infrared and microwave bands. Basic research, new initiatives, and developments in advanced sensing and imaging technology with regard to the THz band remain unexplored compared to the relatively well-developed science and technology in the microwave and optical frequencies. Historically, THz technologies were used mainly within the astronomy c- munity for studying the background of cosmic far-infrared radiation, and by the laser-fusion community for the diagnostics of plasmas. Since the ?rst demonstration of THz wave time-domain spectroscopy in the late 1980s, there has been a series of signi?cant advances (particularly in recent years) as more intense THz sources and higher sensitivity detectors provide new opportunities for understanding the basic science in the THz frequency range.