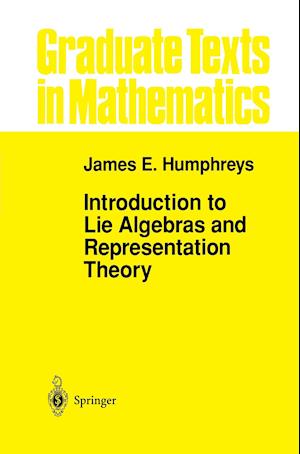 This book is designed to introduce the reader to the theory of semisimple Lie algebras over an algebraically closed field of characteristic 0, with emphasis on representations. A good knowledge of linear algebra (including eigenvalues, bilinear forms, euclidean spaces, and tensor products of vector spaces) is presupposed, as well as some acquaintance with the methods of abstract algebra. The first four chapters might well be read by a bright undergraduate; however, the remaining three chapters are admittedly a little more demanding. Besides being useful in many parts of mathematics and physics, the theory of semisimple Lie algebras is inherently attractive, combining as it does a certain amount of depth and a satisfying degree of completeness in its basic results. Since Jacobson's book appeared a decade ago, improvements have been made even in the classical parts of the theory. I have tried to incor porate some of them here and to provide easier access to the subject for non-specialists. For the specialist, the following features should be noted: (I) The Jordan-Chevalley decomposition of linear transformations is emphasized, with "toral" subalgebras replacing the more traditional Cartan subalgebras in the semisimple case. (2) The conjugacy theorem for Cartan subalgebras is proved (following D. J. Winter and G. D. Mostow) by elementary Lie algebra methods, avoiding the use of algebraic geometry.