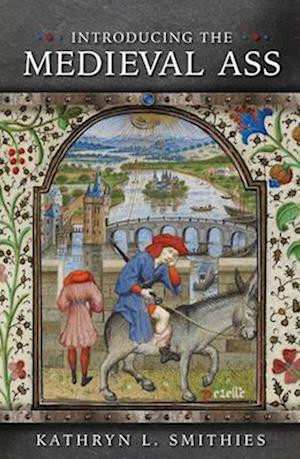 Introducing the Medieval Ass presents a lucid, accessible, and comprehensive picture of the ass's enormous socio-economic and cultural significance in the Middle Ages and beyond. In the Middle Ages, the ass became synonymous with human idiocy, a comic figure representing foolish peasants, students too dull to learn, and their asinine teachers. This trope of foolishness was so prevalent that by the eighteenth century the word 'ass' had been replaced by 'donkey'. Economically, the medieval ass was a vital, utilitarian beast of burden, rather like today's ubiquitous white van; culturally, however, the medieval ass enjoyed a rich, paradoxical reputation. Its hard work was praised, but its obstinacy condemned. It exemplified the good Christian, humbly bearing Christ to Jerusalem, but also represented Sloth, a mortal sin. Its potent sexual reputation - one literary ass had sex with a woman - was simultaneously linked to sterility and, to this day, 'ass' and 'arse' remain culturally-connected homophones. 'In the medieval world, the ass's reputation - sacred or profane, derided or acclaimed - was codified in fact, fiction and image. However, unusual its binary nature may seem to the modern-day reader, paradoxical rhetoric was a common feature in medieval beast genres, and the fact that the ass had contesting reputations offers multiple avenues for analysis.' - Read more about this on page 3 of the Booklaunch https://edition.pagesuite-professional.co.uk/html5/reader/production/default.aspx?pubname=&edid=eacd7c66-df5c-4335-86ee-cad05c826bda