Intimacy and the Anxieties of Cinematic Flesh

- Between Phenomenology and Psychoanalysis 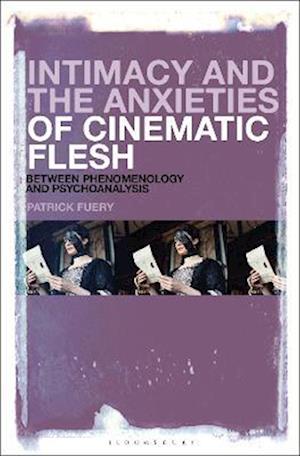 In a 'return' to Edmund Husserl and Sigmund Freud, Intimacy and the Anxieties of Cinematic Flesh explores how we can engage these foundational thinkers of phenomenology and psychoanalysis in an original approach to film. The idea of the intimate spectator caught up in anxiety is developed to investigate a range of topics central to these critical approaches and cinema, including: flesh as a disruptive state formed in the relationships of intimacy and anxiety; time and the formation of cinema's enduring objects; space and things; the sensual, the 'real' and the unconscious; wildness, disruption, and resistance; and the nightmare, reading 'phantasy' across the critical fields.Along with Husserl and Freud, other key thinkers discussed include Edith Stein, Roman Ingarden, Maurice Merleau-Ponty, Mikel Dufrenne in phenomenology; Melanie Klein, Ernest Jones, Julia Kristeva, and Rosine Lefort in psychoanalysis. Framing these issues and critical approaches is the question: how might Husserlian phenomenology and Freudian/Lacanian psychoanalysis, so often seen as contradistinctive, be explored through their potential commonalities rather than differences? In addressing such a question, this book postulates a new approach to film through this phenomenological/psychoanalytic reconceptualization. A wide range of films are examined not simply as exemplars, but to test the idea that cinema itself can be a version of critical thinking.