Interwar Symphonies and the Imagination

indgår i serie Music in Context 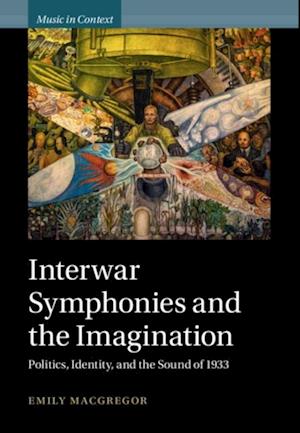 The symphony has long been entangled with ideas of self and value. Though standard historical accounts suggest that composers' interest in the symphony was almost extinguished in the early 1930s, this book makes plain the genre's continued cultural dominance, and argues that the symphony can illuminate issues around space/geography, race, and postcolonialism in Germany, France, Mexico, and the United States. Focusing on a number of symphonies composed or premiered in 1933, this book recreates some of the cultural and political landscapes of an uncertain historical moment-a year when Hitler took power in Germany, and the Great Depression reached its peak in the United States. Interwar Symphonies and the Imagination asks what North American and European symphonies from the early 1930s can tell us about how people imagined selfhood during a period of international insecurity and political upheaval, of expansionist and colonial fantasies, scientised racism, and emergent fascism.