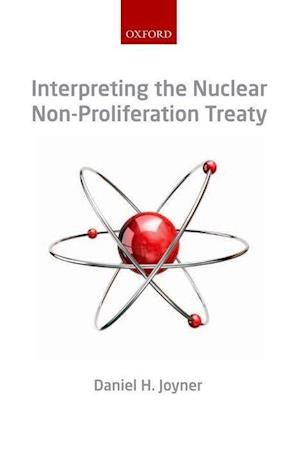 The World's Writing Systems meets the need for a definitive volume on the major historical and modern writing systems of the world. Comprising more than eighty articles contributed by expert scholars in the field, the work is organized in twelve units, each dealing with a particular group of writing systems defined historically, geographically, or conceptually. Each unit begins with an introductory article providing the social and cultural contextin which the group of writing systems was created and developed. Articles on individual scripts detail the historical origin of the writing system in question, its structure (with tables showing the forms of the written symbols), and its relationship to the phonology of the corresponding spoken language. Eachwriting system is illustrated by a passage of text, accompanied by a romanized version, a phonetic transcription, and a modern English translation. Each article concludes with a bibliography.Units are arranged according to the chronological development of writing systems and their historical relationship within geographical areas. First, there is a discussion of the earliest scripts of the ancient Near East. Subsequent units focus on the scripts of East Asia, the writing systems of Europe, Asia, and Africa that have descended from ancient West Semitic ("Phoenician"), and the scripts of South and Southeast Asia. Other units deal with the recent and ongoing process ofdecipherment of ancient writing systems; the adaptation of traditional scripts to new languages; new scripts invented in modern times; and graphic systems for numerical, music, and movement notation. The result is a comprehensive resource of all of the major writing systems of the world.The 1968 Nuclear Non-proliferation Treaty has proven the most complicated and controversial of all arms control treaties, both in principle and in practice.Statements of nuclear-weapon States from the Cold War to the present, led by the United States, show a disproportionate prioritization of the non-proliferation pillar of the Treaty, and an unwarranted underprioritization of the civilian energy development and disarmament pillars of the treaty. This book argues that the way in which nuclear-weapon States have interpreted the Treaty has laid the legal foundation for a number of policies related to trade in civilian nuclear energy technologies and nuclear weapons disarmament. These policies circumscribe the rights of non-nuclear-weapon States under Article IV of the Treaty by imposing conditions on the supply of civilian nuclear technologies. They also provide for the renewal and maintaintenance, and in some cases further developmentof the nuclear weapons arsenals of nuclear-weapon States.The book provides a legal analysis of this trend in treaty interpretation by nuclear-weapon States and the policies for which it has provided legal justification. It argues, through a close and systematic examination of the Treaty by reference to the rules of treaty interpretation found in the 1969 Vienna Convention on the Law of Treaties, that this disproportionate prioritization of the non-proliferation pillar of the Treaty leads to erroneous legal interpretations in light of the originalbalance of principles underlying the Treaty, prejudicing the legitimate legal interests of non-nuclear-weapon States.

Forfattere
Bibliotekernes beskrivelse A comprehensive reference volume describing all ancient and modern scripts of the world. Scripts are illustrated by texts with full explanation and grammatical analyses, and each discussion has a bibliography leading to more technical literature.The 1968 Nuclear Non-Proliferation Treaty is one of the most controversial instruments in international law, provoking fierce debate as to its interpretation. This book argues that countries with nuclear weapons misrepresent the Treaty to prevent other s