Interpreting the Musical Past 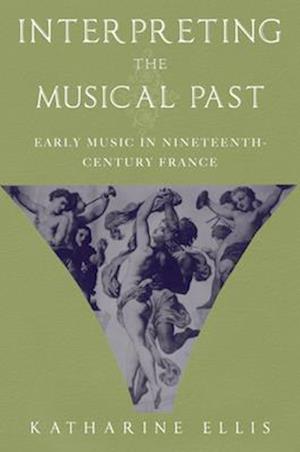 In an era of heightened patriotic fervor following France's defeat in the Franco-Prussian War, Parisians packed concert halls to hear performances of Handel's oratorios and Bach's organ works. At the same time, both royalists and republicans called for the re-evaluation of the once detested musique francaise of the ancien regime. Musicologist Katharine Ellis examines these unlikely aspects of cultural life in the new Republic as part of a broaderstudy of the early music revival in nineteenth-century France. This revival gives us a vivid sense of how music's cultural meanings were contested, distilled into dominant visions, and then often revised. Peppering the century are famous fakes, pastiches and other creative negotiations between past and present.Descriptions of these phenomena by contemporary witnesses reveal how dissent could run along social, religious and political lines, and why certain genres became idealized while others were disparaged. After providing an overview of trends and contexts throughout the century, Ellis examines specific repertoires that evoked unusually spirited advocacy and debate. She explores the attempts to revive French Baroque stage music in the 1870s; arguments on the appropriateness of Palestrina's liturgical music; the reception of Bach and Handel, and their relation to French choral activity; and, finally, musical "Frenchness." Four case-study chapters focus on key debates and repertories stretchingfrom Adam de la Halle to Rameau, via Josquin, Janequin, Palestrina, Bach and Handel. Interpreting the Musical Past discusses what is at stake in the construction of a musical heritage, and how ideology informs musical value judgements. In its focus on the nature of musical experience and the meaning of music in society, the book explores amateur and professional music-making; working-class, aristocratic and bourgeois cultural life; national pride; religious politics; and ritual, both liturgical and secular. Based on extensive primary research in Paris and the French regions, Interpreting the Musical Past is at once a history of culture, of reception, and of historiography. Covering five centuries of music (from the mid-thirteenth to the mid-eighteenth centuries) and a century of French history, it explains long-term changes of cultural meaning while celebrating the richness of local detail. This study of musical revivalism offers a penetrating analysis of what lies at the heart of theconstruction, championing, and development of a musical cultural memory.