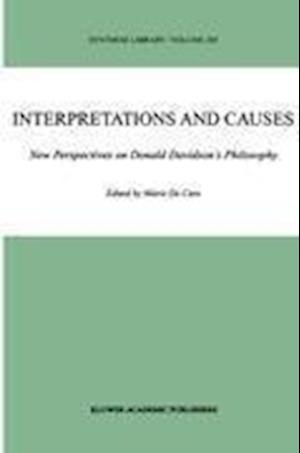 Many articles and books dealing with Donald Davidson's philosophy are dedicated to the papers and ideas Davidson put forward in the `sixties and `seventies. In the last two decades, however, Davidson has continued to work in many areas of philosophy, offering new contributions, many of which are highly regarded by philosophers working in the fields concerned. For instance, Davidson has considerably developed his ideas about interpretation, theory of meaning, irreducibility of the mental, causation, and action theory; he has proposed an innovative externalist conception of the mental content and a new analysis of the concept of truth; and he has partly modified his theses about event, and the supervenience of the mental on the physical. In Interpretations and Causes, some of the leading contemporary analytic philosophers discuss Davidson's new ideas in a lively, relevant, useful, and not always entirely sympathetic way. Davidson himself offers and original contribution.