The International System between New Integration and Neo-Protectionism 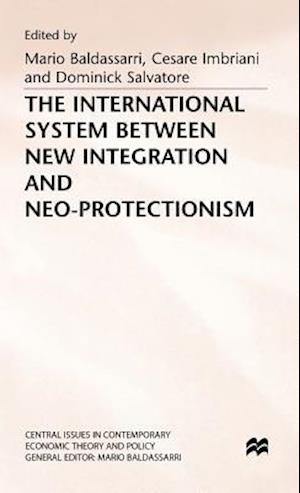 The world economy is at a cross road: it can either widen and deepen international integration, within and between different areas, or be tempted by neo-protectionism. Which road should the international economy take? Which way will it take? The need to reform the present international monetary system has been almost continuously discussed since the collapse of the Bretton Woods System in August 1971, and even earlier, and it has found renewed interest since the Mexican financial crisis in early 1995. Despite the successful completion of the Uruguay Round in December 1993, many international trade problems remain: many sectors were not included in the agreement, antidumping action and safeguards are still possible, and many trade problems of developing and former communist countries have not been fully addressed. This book analyses this situation by first focusing on the problem of international financial stability and the relationship between national economic policies. It then focuses on the European monetary union within the context of the international monetary system. Finally, the development of international trade is examined within an endogenous growth framework.