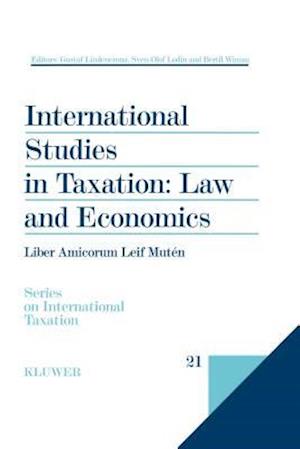 This Liber Amicorum honours Professor Leif Mutandeacute;n on the occasion of his 70th birthday. The representation in this volume of 27 well-known authors from all over the world is testimony to the important role of Leif Mutandeacute;n in the international tax community. His scholarly interests are well represented among the contributions, which cover a wide range of issues in law and economics. Key issues examined include international tax problems such as the permanent establishment concept in electronic commerce, multilateral tax treaties, international tax avoidance and limitation of treaty benefits. Certain contributions focus specifically on EC tax matters, such as the implications for income taxation of restrictions on free movement and the principle of non-discrimination, and the problem of tax harmonisation in the context of monetary union. The discussion of basic income tax issues ranges from equity in taxation to corporate income tax issues, while economists on the panel explore ideas such as definitions of tax and charge, the utopia of neutral taxation, and the relationship between income taxation and inflation. In addition, as an appropriate reflection of the many years Professor Mutandeacute;n has served the International Monetary Fund, there are articles on comparative tax law issues and on countries in transition. The scope of the collected essays and the calibre of the contributors make the book a fitting tribute to the work of Professor Mutandeacute;n, and render the book of great interest to anyone interested in theoretical and practical tax problems.