International Rediscovery of World War One 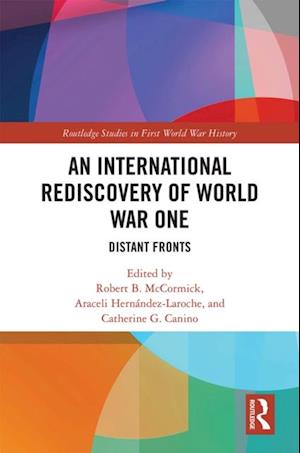 International contributors from the fields of political science, cultural studies, history, and literature grapple with both the local and global impact of World War I on marginal communities in China, Syria, Europe, Russia, and the Caribbean. Readers can uncover the neglected stories of this World War I as contributors draw particular attention to features of the war that are underrepresented such as Chinese contingent labor, East Prussian deportees, remittances from Syrian immigrants in the New World to struggling relatives in the Ottoman Empire, the war effort from Serbia to Martinique, and other war experiences. By redirecting focus away from the traditional areas of historical examination, such as battles on the Western Front and military strategy, this collection of chapters, international and interdisciplinary in nature, illustrates the war's omnipresence throughout the world, in particular its effect on less studied peoples and regions. The primary objective of this volume is to examine World War I through the lens of its forgotten participants, neglected stories, and underrepresented peoples.