- The USA, Diplomacy and the Troubles 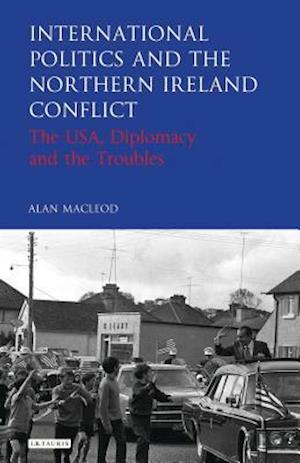 British troops, which arrived as a temporary measure, would remain in Ireland for the next 38 years. Successive British governments initially claimed the Northern Ireland conflict to be an internal matter but the Republic of Ireland had repeatedly demanded a role, appealing to the UN and US, while across the Atlantic, Irish-American groups applied pressure on Nixon's largely apathetic administration to intervene. Following the introduction of internment and the events of Bloody Sunday, the British were forced to recognise the international dimension of the conflict and begrudgingly began to concede that any solution would rely on Washington and Dublin's involvement. Irish governments seized every opportunity to shape the political initiative that led to Sunningdale and Senator Edward Kennedy became the leading US advocate of American intervention while Nixon, who wanted Britain onside for his Cold War objectives, was faced with increasingly influential domestic pressure groups.Eventually, international involvement in Northern Ireland would play a vital role in shaping the principles on which political agreement was reached - even after the breakdown of the Sunningdale Agreement in May 1974. Using recently released archives in the United Kingdom, Republic of Ireland and United States, Alan MacLeod offers a new interpretation of the early period of Northern Ireland's 'Troubles'.

Forfattere
Bibliotekernes beskrivelse The outbreak of violence in August 1969 saw Northern Ireland's devolved Stormont government appeal to Westminster for assistance, marking the beginning of a conflict that would last nearly three decades.