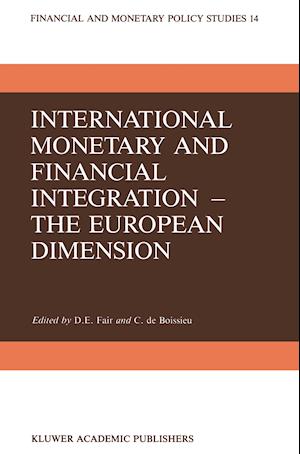 The papers collected in this volume are those presented at the thirteenth Colloquium arranged by the Societe Universitaire Europeenne de Recherches Financieres (SUERF), which took place in Luxembourg in October 1986. The Society issupported byalargenumberofcentralbanksandcommer- cial banks, byother financial and business institutions, by treasury officials and by academics and others interested in monetary and financial prob- lems. Since its establishment in 1963 it has developed as a forum for the exchange of information, research results and ideas, valued by academics and practitioners in these fields, including central bank officials and civil servants responsible for formulating and applying monetary and financial policies, national and international. A major 'activity of SUERF is to organize and conduct Colloquia on subjects of topical interest to its mem- bers. The titles, places and dates of previous Colloquia for which volumes of the collected papers were published are noted on the last page of this volume.Volumes were not produced for Colloquia held at Tarragona, Spain in October 1970 under the title 'Monetary Policy and New Develop- ments inBanking'andatStrasbourg, France inJanuary 1972underthe title 'Aspects ofEuropean Monetary Union'. The previous SUERF Colloquium, at Cambridge in March 1985, had as its subject 'Shifting Frontiers in Financial Markets'.