- Essays in Memory of Hilaire McCoubrey 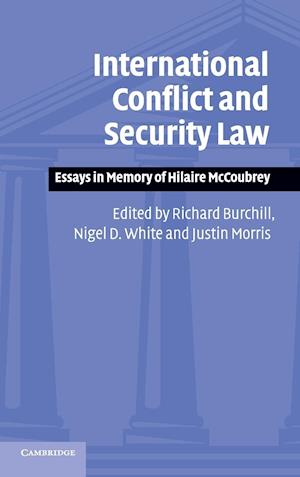 Hilaire McCoubrey wrote extensively in the area of armed conflict law, and on the issues of collective security law and the law relating to arms control. Although he died at the early age of 46 in 2000 he had contributed significantly to the separate study of these areas, but also to the idea of studying the issues as a whole subject. The collection covers difficult and controversial issues in the area of conflict and security law. The contributors, drawn both from academe and practice, provide expert analysis of many aspects of the law governing armed conflict and collective security. As well as providing a fitting tribute to the main aspects of Hilaire's contribution to knowledge, the volume provides a coherent reconsideration and development of key aspects of conflict and security law at a time when that law is being applied, breached, debated or reformed on almost a daily basis.

Forfattere
Bibliotekernes beskrivelse With invasion and the ill-treatment of detainees being seen daily on the news, the publication of a collection of essays in the area of conflict land security law could not be more relevant. The contributors provide expert analysis of many aspects of the law governing armed conflict and collective security. 1 Halftones, unspecified