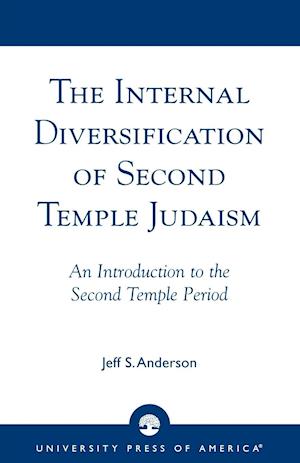 The period of Early Judaism beginning with the return from the Babylonian Exile in 538 B.C.E. to the destruction of the second temple in 70 C.E. is an enigma to many students of the Hebrew Bible and the New Testament. This era has often been overlooked as unimportant or been the victim of strongly confessional overgeneralizations. Christians have often touted the absolute uniqueness of their faith as something that replaced a jaded, outmoded Jewish religion. Jews, on the other hand, have often tended to identify Christianity as something entirely unique, a phenomenon totally unrelated to Judaism. However, the Second Temple period was one of the most prolific and creative in all of Israel's history. It was a time of unparalleled literary and theological diversity that gave rise to the powerful religious movements of Rabbinic Judaism and Early Christianity. The Internal Diversification of Second Temple Judaism provides a broad overview of the history, constituent communities, and theological innovations of the Second Temple period.