indgår i serie Developments in Oncology 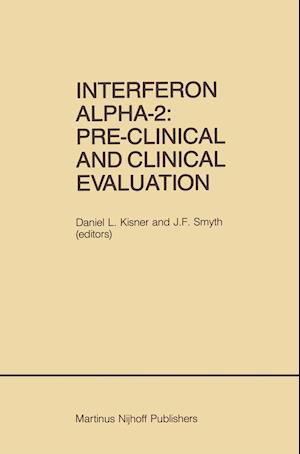 Interferon alpha-2 is a genetically engineered, highly purified pharmaceutical agent that has undergone extensive phase I and phase II clinical study in more than 1000 patients. The material has biological activity by intravenous, intramus cular and subcutaneous routes. Clinical toxicity principally involves the 'influen za like' syndrome previously seen with native interferons. Other important toxi cities include anorexia, hepatitis, confusion and myelosuppression. Tolerable doses in multiple schedules and routes of administration have been determined. Phase II clinical trials with multiple routes and schedules of administration have been performed. Significant clinical activity has been found in non Hodgkin's lymphomas (both low grade and high grade), refractory and relapsing multiple myeloma, hairy cell leukemia, Kaposi's sarcoma, with suggestions of activity in Hodgkin's disease, renal cell carcinoma, and melanoma. The studies performed to date have for the most part involved small numbers of heavily pre-treated patients. Large-scale clinical trials in some of these disea ses are now warranted in populations of patients with as little bulk disease and prior treatment as is feasible for each tumour type. This is particularly the case in . Hodgkin's disease and subcategories of the non-Hodgkin's lymphomas. Alterna tely, interferon alpha-2 might be used to maintain remissions induced by other modalities (i. e. , in NHL, multiple myeloma, ovarian cancer). In some advanced disease settings, combinations of interferon alpha-2 with chemotherapeutic agents should now be investigated.