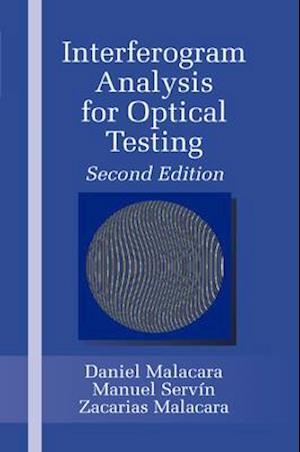 In this day of digitalization, you can work within the technology of optics without having to fully understand the science behind it. However, for those who wish to master the science, rather than merely be its servant, it's essential to learn the nuances, such as those involved with studying fringe patterns produced by optical testing interferometers.When Interferogram Analysis for Optical Testing originally came to print, it filled the need for an authoritative reference on this aspect of fringe analysis. That it was also exceptionally current and highly accessible made its arrival even more relevant. Of course, any book on something as cutting edge as interferogram analysis, no matter how insightful, isn't going to stay relevant forever. The second edition of Interferogram Analysis for Optical Testing is designed to meet the needs of all those involved or wanting to become involved in this area of advanced optical engineering. For those new to the science, it provides the necessary fundamentals, including basic computational methods for studying fringe patterns. For those with deeper experience, it fills in the gaps and adds the information necessary to complete and update one's education. Written by the most experienced researchers in optical testing, this text discusses classical and innovative fringe analysis, principles of Fourier theory, digital image filtering, phase detection algorithms, and aspheric wavelength testing. It also explains how to assess wavefront deformation by calculating slope and local average curvature.