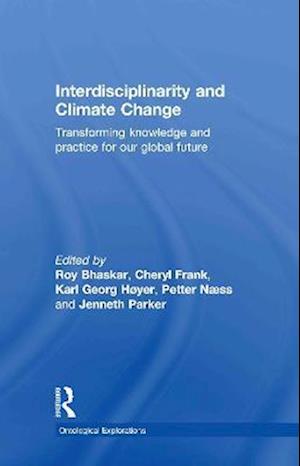 Interdisciplinarity and Climate Change is a major new book addressing one of the most challenging questions of our time. Its unique standpoint is based on the recognition that effective and coherent interdisciplinarity is necessary to deal with the issue of climate change, and the multitude of linked phenomena which both constitute and connect to it. In the opening chapter, Roy Bhaskar makes use of the extensive resources of critical realism to articulate a comprehensive framework for multidisciplinarity, interdisciplinarity, transdisciplinarity and cross-disciplinary understanding, one which duly takes account of ontological as well as epistemological considerations. Many of the subsequent chapters seek to show how this general approach can be used to make intellectual sense of the complex phenomena in and around the issue of climate change, including our response to it.Among the issues discussed, in a number of graphic and compelling studies, by a range of distinguished contributors, both activists and scholars, are:The dangers of reducing all environmental, energy and climate gas issues to questions of carbon dioxide emissionsThe problems of integrating natural and social scientific work and the perils of monodisciplinary tunnel visionThe consequences of the neglect of issues of consumption in climate policyThe desirability of a care-based ethics and of the integration of cultural considerations into climate policyThe problem of relating theoretical knowledge to practical action in contemporary democratic societiesInterdisciplinarity and Climate Change is essential reading for all serious students of the fight against climate change, the interactions between governmental bodies, and critical realism.