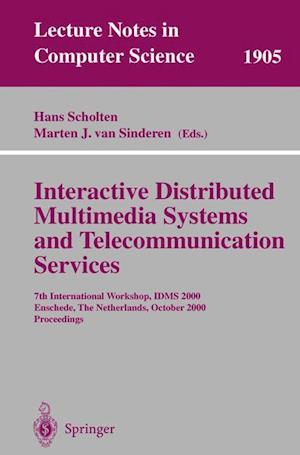 The first International Workshop on Interactive Distributed Multimedia Systems and Telecommunication Services (IDMS) was organized by Prof. K. Rothermel and Prof. W. Effelsberg, and took place in Stuttgart in 1992. It had the form of a national forum for discussion on multimedia issues related to communications. The succeeding event was "attached" as a workshop to the German Computer Science Conference (GI Jahrestagung) in 1994 in Hamburg, organized by Prof. W. Lamersdorf. The chairs of the third IDMS, E. Moeller and B. Butscher, enhanced the event to become a very successful international meeting in Berlin in March 1996. This short overview on the first three IDMS events is taken from the preface of the IDMS'97 proceedings (published by Springer as Lecture Notes in Computer Science, Volume 1309), written by Ralf Steinmetz and Lars Wolf. Both, Ralf Steinmetz as general chair and Lars Wolf as program chair of IDMS'97, organized an excellent international IDMS in Darmstadt. Since 1998, IDMS has moved from Germany to other European cities to emphasize the international character it had gained in the previous years. IDMS'98 was organized in Oslo by Vera Goebel and Thomas Plagemann at UniK - Center for Technology at Kjeller, University of Oslo. Michel Diaz, Phillipe Owezarski, and Patrick Senac successfully organized the sixth IDMS event, again outside Germany. IDMS'99 took place in Toulouse at ENSICA. IDMS 2000 continued the tradition and was hosted in Enschede, the Netherlands.