Intentionality and the Myths of the Given

- Between Pragmatism and Phenomenology 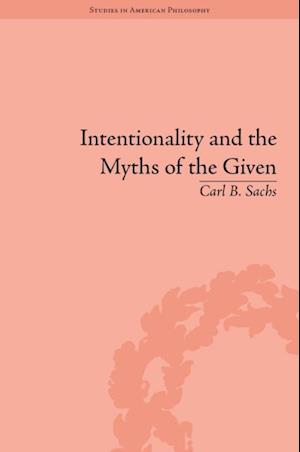 Intentionality is one of the central problems of modern philosophy. How can a thought, action or belief be about something? Sachs draws on the work of Wilfrid Sellars, C I Lewis and Maurice Merleau-Ponty to build a new theory of intentionality that solves many of the problems faced by traditional conceptions. In doing so, he sheds new light on Sellars's influential arguments concerning the 'Myth of the Given' and shows how we can build a productive discourse between American pragmatism, analytical philosophy and European phenomenology.