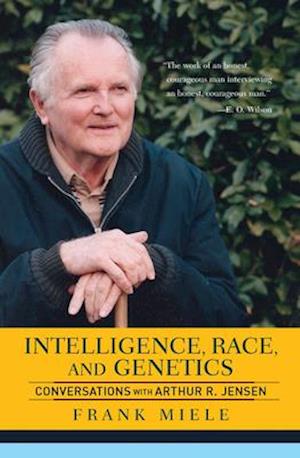 In a series of provocative conversations with Skeptic magazine Ssenior editor Frank Miele, renowned University of California-Berkeley psychologist Arthur R. Jensen details the evolution of his thoughts on the nature of intelligence, tracing an intellectual odyssey that leads from the programs of the Great Society to the Bell Curve Wars and beyond. Miele cross-examines Jensen's views on general intelligence (the g factor), racial differences in IQ, cultural bias in IQ tests, and whether differences in IQ are due primarily to heredity or to remediable factors such as poverty and discrimination. With characteristic frankness, Jensen also presents his view of the proper role of scientific facts in establishing public policy, such as Affirmative Action. 'Jensenism' the assertion that heredity plays an undeniably greater role than environmental factors in racial (and other) IQ differences, has entered the dictionary and also made Jensen a bitterly controversial figure. Nevertheless, Intelligence, Race, and Genetics carefully underscores the dedicated lifetime of scrupulously scientific research that supports Jensen's conclusions.