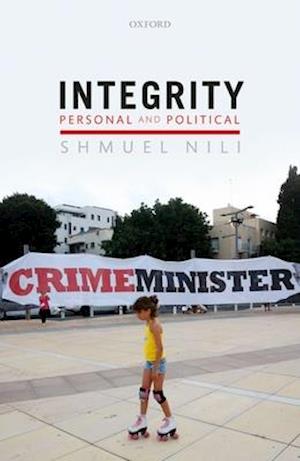 This book develops a theory of enriched meanings for natural language interpretation that uses the concept of monads and related ideas from category theory, a branch of mathematics that has been influential in theoretical computer science and elsewhere. Certain expressions that exhibit complex effects at the semantics/pragmatics boundary live in an enriched meaning space, while others live in a more basic meaning space. These basic meanings are mapped to enrichedmeanings only when required compositionally, which avoids generalizing meanings to the worst case. Ash Asudeh and Gianluca Giorgolo show that the monadic theory of enriched meanings offers a formally and computationally well-defined way to tackle important challenges at the semantics/pragmaticsboundary. In particular, they develop innovative monadic analyses of three phenomena - conventional implicature, substitution puzzles, and conjunction fallacies - and demonstrate that the compositional properties of monads model linguistic intuitions about these cases particularly well. The analyses are accompanied by exercises to aid understanding, and the computational tools used are available on the book's companion website. The book also contains background chapters on enriched meanings andcategory theory. The volume is interdisciplinary in nature, with insights from semantics, pragmatics, philosophy of language, psychology, and computer science, and will appeal to graduate students and researchers from a wide range of disciplines with an interest in natural language understanding andrepresentation.Conventional philosophical wisdom holds that no agent can invoke its own moral integrity - no agent can invoke fidelity to its deepest ethical commitments - as an independent moral consideration. This is because moral integrity simply consists in doing what is, all-things-considered, the right thing. Integrity argues that this conventional wisdom is mistaken with regard to individual agents, but is especially misguided with regard to liberal democraciesas collective agents. Even more than individual persons, liberal democracies as collective agents often face integrity considerations of independent moral force, affecting the moral status of actual political decisions. After defending this philosophical thesis, this book illustrates its practical value inthinking through a wide range of practical policy problems. These problems range from 'dirty' national security policies, through the moral status of political honours celebrating political figures of questionable integrity, to the 'clean hands' dilemmas of political operatives who enable media demagogues to scapegoat vulnerable ethnic and racial minorities.

Forfattere
Bibliotekernes beskrivelse This book develops a theory of enriched meanings for natural language interpretation that uses the concept of monads and related ideas from category theory. The volume is interdisciplinary in nature, and will appeal to graduate students and researchers from a range of disciplines interested in natural language understanding and representation.This book provides a novel account of integrity and its relevance to both individual and collective conduct, and analyses a wide range of practical policy