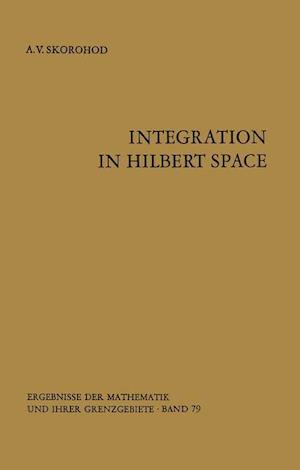 Integration in function spaces arose in probability theory when a gen eral theory of random processes was constructed. Here credit is cer tainly due to N. Wiener, who constructed a measure in function space, integrals-with respect to which express the mean value of functionals of Brownian motion trajectories. Brownian trajectories had previously been considered as merely physical (rather than mathematical) phe nomena. A. N. Kolmogorov generalized Wiener's construction to allow one to establish the existence of a measure corresponding to an arbitrary random process. These investigations were the beginning of the development of the theory of stochastic processes. A considerable part of this theory involves the solution of problems in the theory of measures on function spaces in the specific language of stochastic pro cesses. For example, finding the properties of sample functions is connected with the problem of the existence of a measure on some space; certain problems in statistics reduce to the calculation of the density of one measure w. r. t. another one, and the study of transformations of random processes leads to the study of transformations of function spaces with measure. One must note that the language of probability theory tends to obscure the results obtained in these areas for mathematicians working in other fields. Another dir,ection leading to the study of integrals in function space is the theory and application of differential equations. A. N.