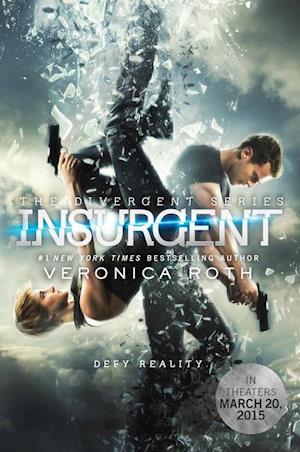 One choice can destroy you. Veronica Roth's second #1 New York Times bestseller continues the dystopian thrill ride that began in Divergent. Fans of the Divergent films--young and old--will find just as much adrenaline-inducing action and as many thought-provoking themes in these pages as on the screen.

As war surges in the factions of dystopian Chicago, Tris attempts to save those she loves--and herself--while grappling with haunting questions of grief and forgiveness, identity and loyalty, politics and love.

And don't miss The Fates Divide, Veronica Roth's powerful sequel to the bestselling Carve the Mark

The second book in the Divergent trilogy--dystopian thrillers filled with haunting questions of grief and forgiveness, identity and loyalty, politics and love.