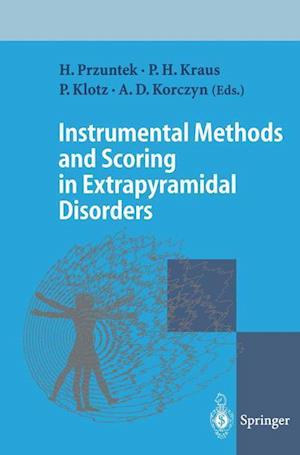 Many extrapyramidal motor diseases result from underlying neurodegenerative processes, which however are very advanced at the time the clinical diagnosis is made. From animal experiments it seems likely that we may soon have several substances that provide neuroprotective effects, but that their therapeutic use must be as early as possible. This fact was the starting point for the meeting, held at Chiemsee, that formed the basis of this book. The idea was to develop in strumental methods that, first, permit an earlier diagnosis by drawing on the experience of experts and, second, provide a better resolution of successful therapy than the currently used methods. As early as 1886, Charcot tried to differentiate the tremor of polysclerosis and Parkinson patients by using a drum developed by Marey, a physiologist. Subse quently, many apparatuses were developed to better identify movement disorders, initially for diagnostic purposes. Most of these methods proved to be inferior to the skill of experienced observers. In the last two decades, however, both the technical advances made in measuring methods and the improvements achieved in methods of evaluation have led to marked advances in the quantification of motor dis turbances. An objective of the symposium held at Chiemsee and of this book is to provide an overview of the procedures that are currently commonly used for extrapyramidal movement disorders, and to identify their potential and limitations.