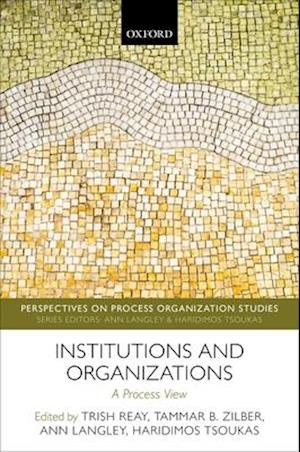 From the years leading up to the First World War to the aftermath of the Second, Europe experienced an era of genocide. As well as the Holocaust, this period also witnessed the Armenian genocide in 1915, mass killings in Bolshevik and Stalinist Russia, and a host of further ethnic cleansings in Anatolia, the Balkans, and Eastern Europe. Crisis of Genocide seeks to integrate these genocidal events into a single, coherent history.Over two volumes, Mark Levene demonstrates how the relationship between geography, nation, and power came to play a key role in the emergence of genocide in a collapsed or collapsing European imperial zone - the Rimlands - and how the continuing geopolitical contest for control of these Eastern European or near-European regions destabilised relationships between diverse and multifaceted ethnic communities who traditionally had lived side by side. An emergent pattern of toxicity can also be seenin the struggles for regional dominance as pursued by post-imperial states, nation-states, and would-be states.Volume II: Annihilation covers the period from 1939 to 1953, particularly focussing on the Second World War, and its aftermath, the Holocaust and its lasting impact, and the latter part of the Stalinist regime. Levene demonstrates that while the attempted Nazi mass murder of the entirety of European Jewry represents the most thoroughgoing and extreme consequence of efforts aimed at political and social reformulation of the Rimlands' arena in particular, the accumulation andconcentration of genocidal violence against many 'minority' groups would suggest that anti-Semitism or racism alone is insufficient to provide a comprehensive explanation for genocide.Institutions - the structures, practices, and meanings that define what people and organizations think, do, and aspire to - are created through process. They are 'work in progress' that involves continual efforts to maintain, modify, or disturb them. Institutional logics are also in motion, holding varying degrees of dominance that change over time. This volume brings together two streams of thought within organization theory - institutional theory and processperspective - to advocate for stronger process ontology that highlights institutions as emergent, generative, political, and social.A stronger process view allows us to challenge our understanding of central concepts within institutional theory, such as 'loose coupling', 'institutional work', the work of institutional logics on the ground, and institutionalization between diffusion and translation. Enriched with an emphasis on practice and widened by taking a broad view of institutions, this volume draws on the Ninth International Symposium on Process Organization Studies to offer key insights that will inform our thinkingof institutions as processes.

Forfattere
Bibliotekernes beskrivelse Explores the genocidal events of the period from 1939 to 1952, particularly focussing on the Second World War, and its aftermath, the Holocaust and it's lasting impact, and the latter part of the Stalinist regime, and seeks to integrate them into a single, coherent history.This volume focuses on the process of institutions and brings together two streams of thought within organization theory - institutional theory and process perspective - to advocate for stronger process ontology that highlight