Institutions and Incentives in Regulatory Science 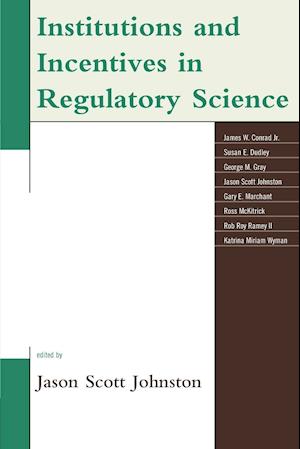 Institutions and Incentives in Regulatory Science explores fundamental problems with regulatory science in the environmental and natural resource law field. Each chapter covers a variety of natural resource and regulatory areas, ranging from climate change to endangered species protection and traditional health-based environmental regulation. Regulatory laws and institutions themselves strongly influence the direction of scientific research by creating a system of rewards and penalties for science. As a consequence, regulatory laws or institutions that are designed naively end up incentivizing scientists to generate and then publish only those results that further the substantive regulatory goals preferred by the scientists. By relying so heavily on science to dictate policy, regulatory laws and institutions encourage scientists to use their assessment of the state of the science to further their own preferred scientific and regulatory policy agendas. Additionally, many environmental and natural resource regulatory agencies have been instructed by legislatures to rely heavily upon science in their rulemaking. In areas of rapidly evolving science, regulatory agencies are inevitably looking for scientific consensus prematurely, before the scientific process has worked through competing hypotheses and evidence. The contributors in this volume address how institutions for regulatory science should be designed in light of the inevitable misfit between the political or legal demand for regulatory action and the actual state of evolving scientific knowledge.