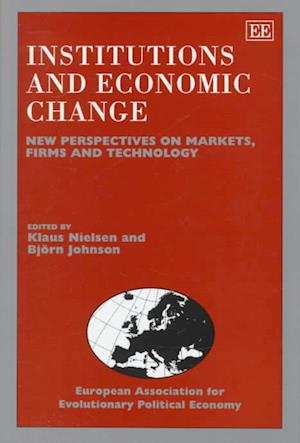 The concept of institutions has become increasingly important in the analysis of both social cohesion and economic change. Institutions and Economic Change reflects the shift of perspective from the allocation of scarce resources to the creation, distribution and use of new resources, especially knowledge. It presents theories of the relationship between institutions and economic change as well as their application in fields such as innovation, the firm, technical change, markets and economic systems. The overall theme of the book focuses on the relationship between institutions and change within the economy, specifically, the roles of learning, knowledge, trust and norms. These issues are addressed from institutional and evolutionary perspectives by an internationally acclaimed group of scholars, including Benjamin Coriat, Giovanni Dosi, Geoffrey Hodgson, Jan Kregel, and Bart Nooteboom. The first section expands these themes, and outlines prospects for future theoretical developments. The second and third parts examine innovation and firms, theoretical and empirical studies of technological change and perspectives on the firm and the relations between firms. In the final part, the authors discuss the economic role of moral norms, a challenge to the idea of optimal allocation of resources in economic equilibrium and evaluate the variety of capitalist economic systems.This innovative book will appeal to economic scholars and students interested in the theory of the firm, economic change, innovation and evolutionary and institutional economics.