- Private Lives of the Sultans in Istanbul 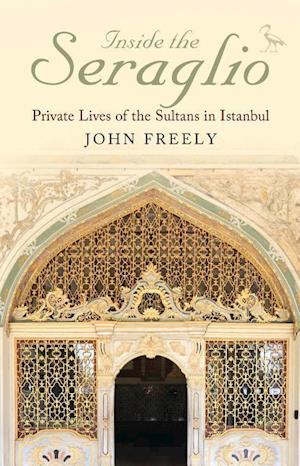 This is the story of the House of Osman, the imperial dynasty that ruled the Ottoman Empire for more than seven centuries, an empire that once stretched from central Europe to North Africa and from Persia to the Adriatic. The capital of this empire was Istanbul, ancient Byzantium, a city that stands astride Europe and Asia on the Bosphorus. And it was in the great palace of Topkapi Sarayi that the sultans of this empire ruled. Inside the Seraglio a classic of Ottoman history takes us behind the gilded doors of the Topkapi and into the heart of the palace: the harem, where the sultan would surround himself with his wives, concubines, eunuchs, pages, dwarfs and mutes and where all the tempestuous events of empire were so often played out. This is the history of a remarkable palace in all its colour and opulence and the story of its influence on a great empire.

Forfattere
Bibliotekernes beskrivelse The classic story of the opulent Ottoman palace, with a new introduction by the author 4 maps