- A Journey Through Modern Pakistan 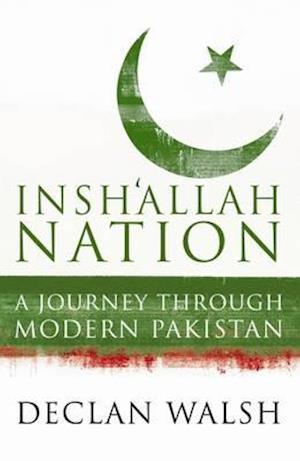 Pakistan has never been more vital or more frightening. Within a few years the South Asian nation will become the world's fifth most populous country with 200 million mostly poor and illiterate inhabitants. But now is the time to worry. After eight years of rule under the self-professed moderate, General Pervez Musharraf, Pakistan is plunging into extremism. The Taliban and its tribal allies hold sway in the lawless realm of Waziristan and along the Afghan border. Osama bin Laden may also be hiding there. Most recent terrorist plots against America and Britain, including 9/11, have been hatched in Pakistan. Sectarian bloodshed is rife. Yet the headlines tell only part of the story. The perception of a rogue state filled with putative Islamist terrorists is wrong. Forged by great empires from Alexander to the British Raj, Pakistan is soaked with tradition and pride. Tolerance and moderation are an unspoken creed for the majority of its Muslims. And the country is peopled by a rich gallery - militants and mullahs, of course, but also intellectuals and eccentrics; fiery women and feudal lords; dreamers and smugglers; Marxists, anarchists and sheikhs.In the outside world misunderstandings abound; only a book can make sense of it all. There has been a handful of efforts in recent years, the best written by academics. But little has been written to satisfy the general reader: about what makes this fascinating country tick, why it can be both exhilaratingly exciting and knuckle-chewingly frustrating, and why its future may be as important to a commuter in Canary Wharf it is to a wheat farmer on the banks of the Indus. This book will fill that gap. Criss-crossing the country, Declan Walsh will probe the big themes - the growth of extremism, the nuclear scandals, the Al Qaida fugitives, the ethnic and regional strains. But if the framework is analytical, the telling is vividly personal. This will be a highly readable portrait told through the lives of the people who make Pakistan what it is.