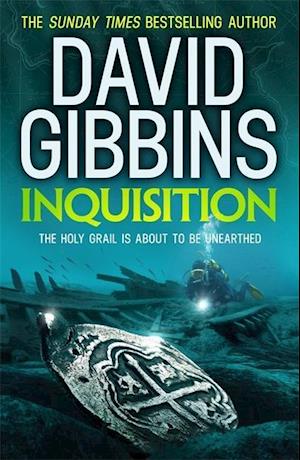 Forfattere
Forlagets beskrivelse INQUISITION is the latest thrilling novel from Sunday Times bestselling author David Gibbins. Jack Howard will be tested to his limits on the trail of the fabled Holy Grail. '[The] Da Vinci Code of the deep sea' Daily Express258As the blood of martyred Christians runs through Rome's catacombs, Pope Sixtus entrusts their most sacred object to a devoted follower. Soon after, the Holy Grail disappears into the darkness of time. 1684 While overseeing the evacuation of the English colony of Tangier, Samuel Pepys attempts to retrieve a treasure which has resurfaced after more than a thousand years. Meanwhile, a Jewish merchant is tortured by the Altamanus, a secret group determined to locate the Grail. PRESENT DAYA wreck off the Cornish coast reveals clues to a mystery that marine archaeologist Jack Howard had thought beyond solving. He embarks on an epic quest that takes him to the sunken ruins of the pirate city of Port Royal in Jamaica. But the spectre of the deadly Inquisition dogs his every step, and Jack must face a descent into hell itself if he is to uncover the greatest reward in Christendom.
Bibliotekernes beskrivelse The Indiana Jones of marine archaeology is back! The tenth Jack Howard novel from Sunday Times bestseller David Gibbins, author of ATLANTIS, is a thrilling adventure novel about the ultimate quest for the Holy Grail.