Innovations for our Future 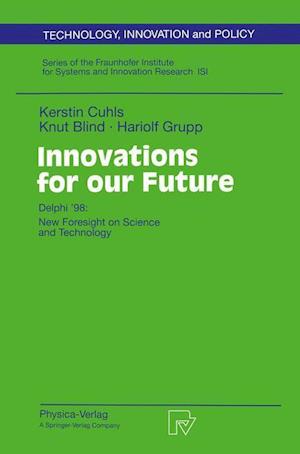 Embodiment-defined as having, being in, or being associated with a body-is a feature of the existence of many entities, perhaps even of all entities. Why entities should find themselves in this condition is the central concern of the present volume. The problem includes, but also goes beyond, the philosophical problem of body: that is, what the essence of a body is, and how, if at all, it differs from matter. On some understandings there may exist bodies, such asstones or asteroids, that are not the bodies of any particular subjects. To speak of embodiment by contrast is always to speak of a subject that variously inhabits, or captains, or is coextensive with, or even is imprisoned within, a body. The subject may in the end be identical to, or an emergentproduct of, the body. That is, a materialist account of embodied subjects may be the correct one. But insofar as there is a philosophical problem of embodiment, the identity of the embodied subject with the body stands in need of an argument and cannot simply be assumed. The reasons, nature, and consequences of the embodiment of subjects as conceived in the long history of philosophy in Europe as well as in the broader Mediterranean region and in South and East Asia, with forays into religion, art, medicine, and other domains of culture, form the focus of these essays. More precisely, thecontributors to this volume shine light on a number of questions that have driven reflection on embodiment throughout the history of philosophy. What is the historical and conceptual relationship between the idea of embodiment and the idea of subjecthood? Am I who I am principally in virtue of thefact that I have the body I have? Relatedly, what is the relationship of embodiment to being and to individuality? Is embodiment a necessary condition of being? Of being an individual? What are the theological dimensions of embodiment? To what extent has the concept of embodiment been deployed in the history of philosophy to contrast the created world with the state of existence enjoyed by God? What are the normative dimensions of theories of embodiment? To what extent is the problem ofembodiment a distinctly western preoccupation? Is it the result of a particular local and contingent history, or does it impose itself as a universal problem, wherever and whenever human beings begin to reflect on the conditions of their existence? Ultimately, to what extent can natural science help us to resolve philosophical questions about embodiment, many of which are vastly older than the particular scientific research programs we now believe to hold the greatest promise for revealing to us the bodily basis, or the ultimate physical causes, of who we really are?Foresight has experienced a great upswing in the last few years, partly in view of the Millenium. Innovations for our Future describes not only the big development trends of the future in research and technology, but also the re-discovery of the Delphi method. The Delphi method is not new, but with further developed methodology it is being used increasingly to take stock of innovative future developments. The book describes results of the widespread national survey of 1998, a German-Japanese comparison, another comparison with the preceding Delphi study as well as its utilization and implementation.